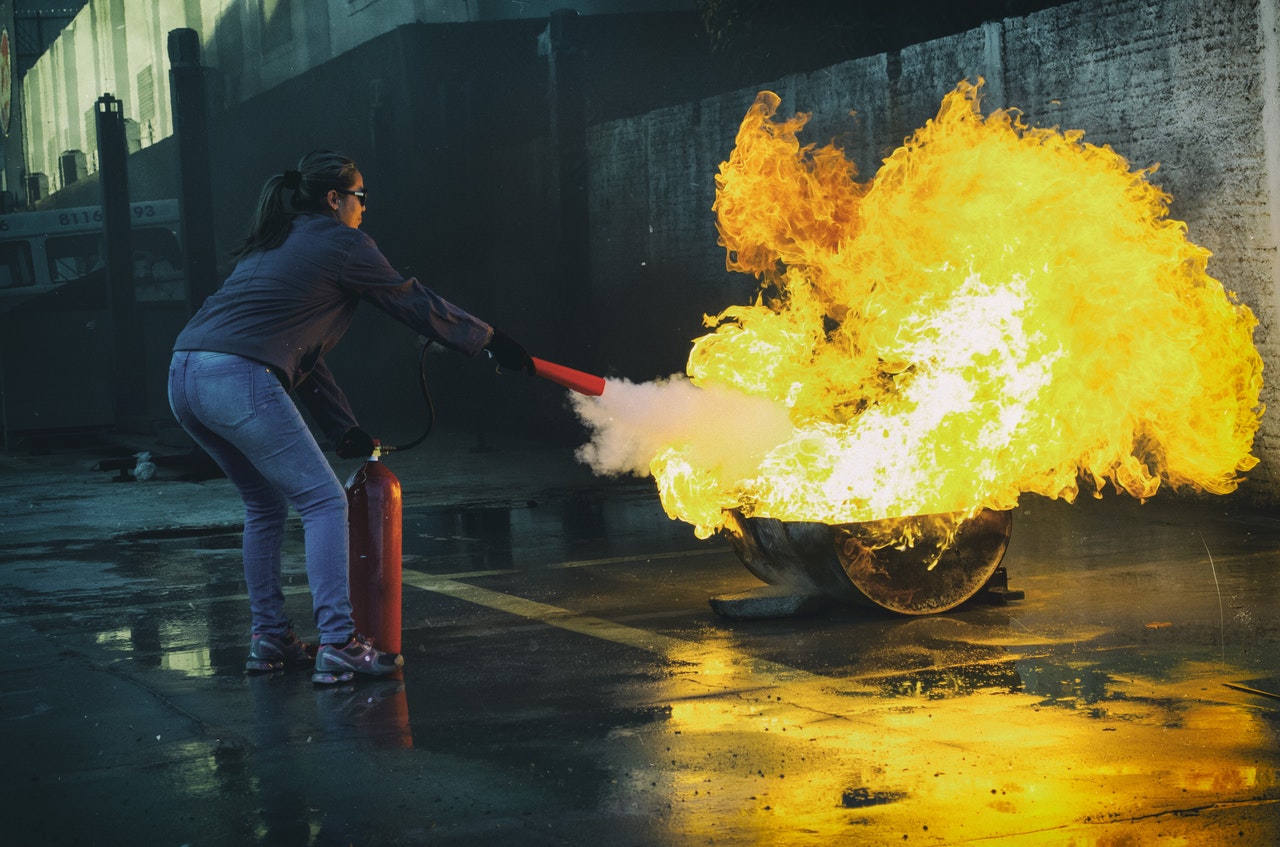 The National Fire Protection Association classifies fires based on their fuel. You can remember these classes using the ABCDK alphabet.

A stands for “Ash”, produced by burning wood, fabric, and other ordinary materials in class A fires. B stands for “Barrel”, such as those storing flammable liquids and gases under class B. C is for “Current”, alluding to electrical fires. D is for “Dynamite”, and class D fires are constituted from combustible metals. K is for “Kitchen”, referring to fires caused by cooking oils and fats.

Overall, the most effective extinguishers contain dry chemical mixes, particularly the so-called “ABC” formula named for those three classes. However, the most potent remedies for class B fires, such as AFFF, come in foam extinguishers. Class K fires are best fought with “wet chemical” extinguishers, which contain water with additives. Class D fires require special dry powder agents, some of which are general purpose and others only for a specific metal.

Every extinguisher shows at a glance what fires it can fight and with what agents, if you know how to look. Traditionally, fire extinguishers were marked with colored geometric figures representing the different fire classes they could handle. Modern extinguishers have pictographs of the same information, sometimes alongside the old symbols. All extinguishers display a series of numbers and letters, corresponding to extinguishing capacity and approved fire classes respectively.

Fire destroys business inventory and people’s lives indiscriminately. Protect it all by purchasing the proper extinguishers and having staff proficient in their use.